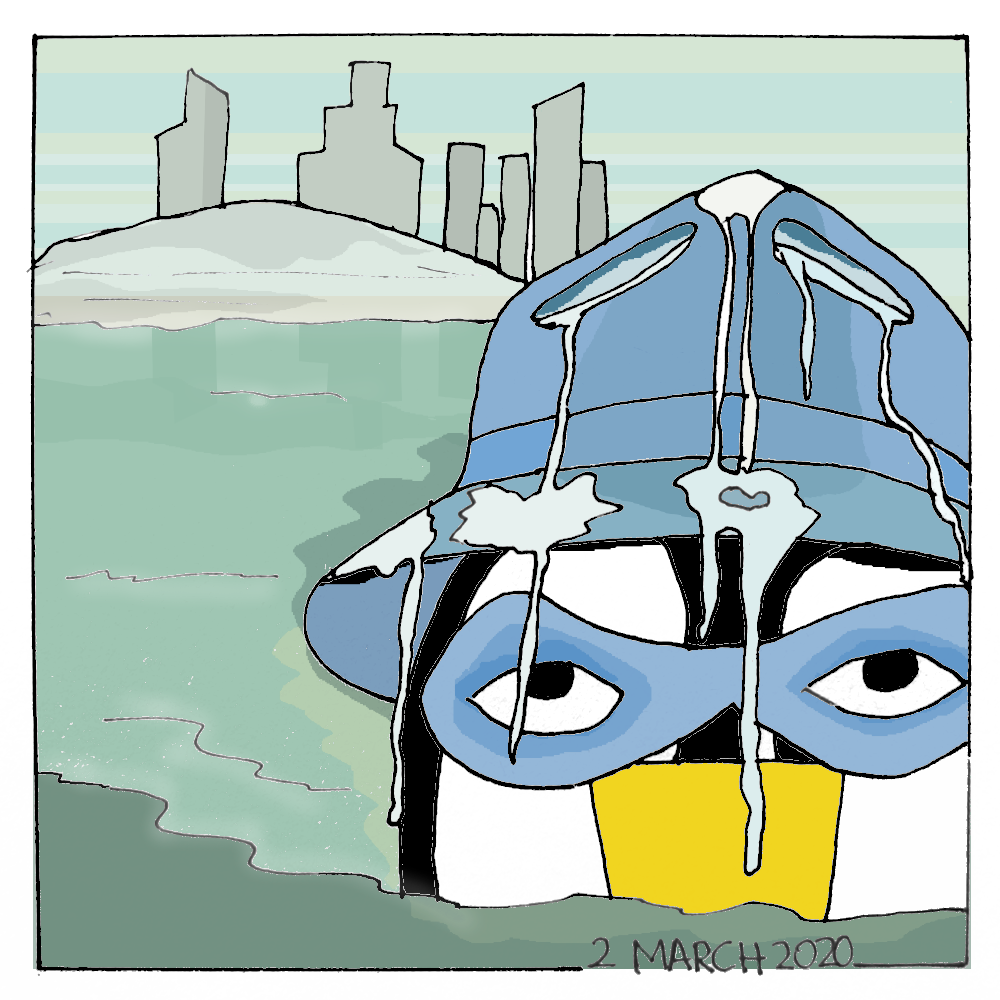 I first woke at 5 am but managed to drift back to sleep until 7 am. I could feel the buzz in the house, the family awake and starting the day, and the cute little Homer dog staring at me until I opened my eyes. I reluctantly got out of bed and curled up on the sofa with coffee as normal.

I didn’t dive into the day. I thought about doing French but ended up having casual conversation with the family instead. When hubby jumped off to work, wifey and I got to working out.

Today was the first day I have worked out in front of somebody. Not only did I do that, but I directed wifey through my workout. She almost kept up with me. The pace was a bit slower than normal but my muscles are screaming at me louder than normal, so it was a very solid workout. I also got an extra buzz from being able to do this with wifey. She enjoyed the workout and will join me every day.

Next I procrastinated over yesterdays Doodlewash – August 2019 prompts; 11. Sun + 26. Cruise. I had been looking forward to this topic because I love to go on cruises. Hubby and I have been on two New Zealand and two South Pacific cruises. I referenced photos I had taken during our trip.

Two days and five attempts later, I finally finished something I could share. Although I haven’t drawn a ‘sun’, it is implied by the shadow the ship has created.

The drawing took up most of my day. The afternoon was filled with some relaxing and my French practice.

I didn’t stuff as much into my day as I wanted to but that just means I have the opportunity to excel tomorrow.

I hope you’re excelling in all things you are trying. If you’re not, I hope you’re having fun doing it. That’s the most important part.